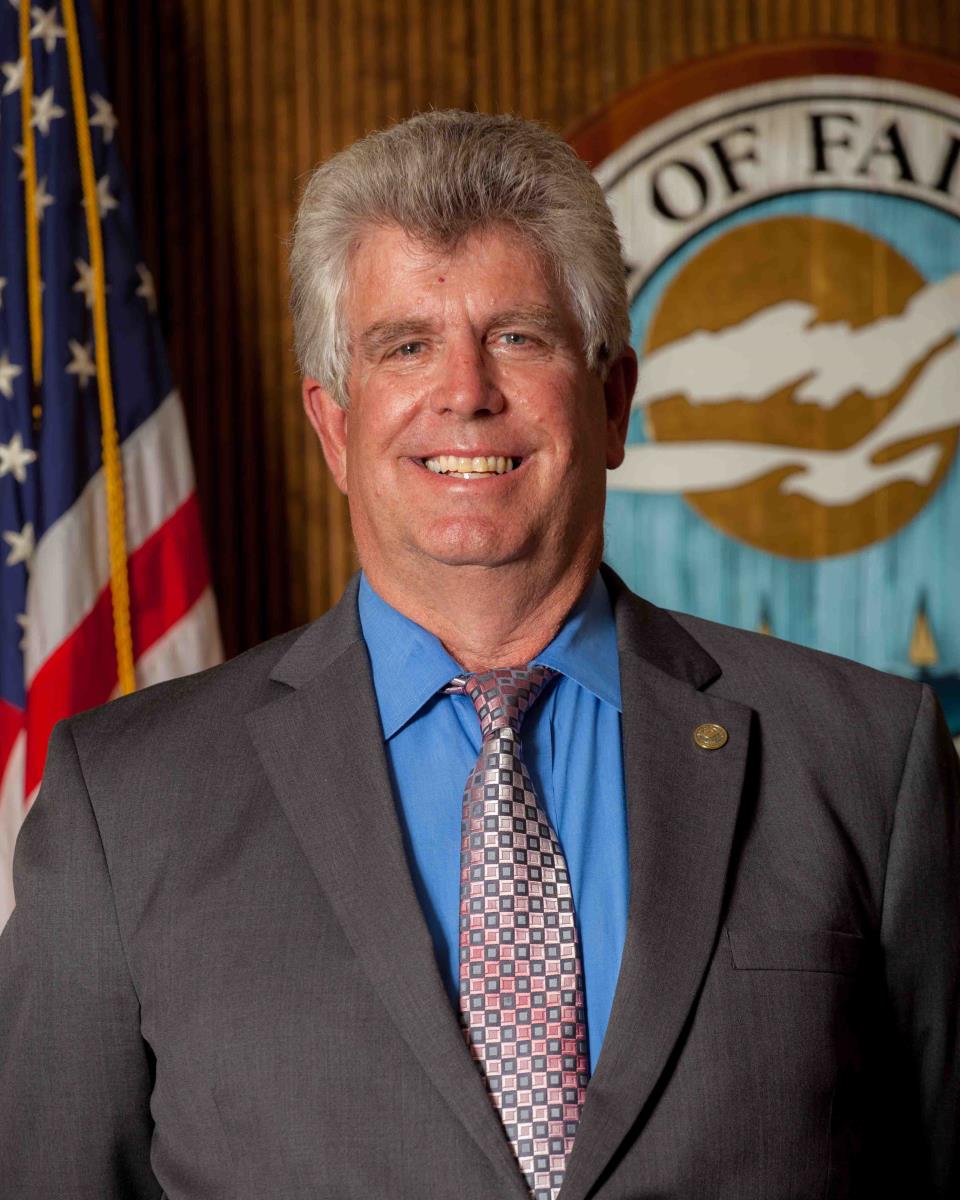 Kevin Boone is now serving his second term on the Fairhope City Council. A Fairhope native, Kevin attended Auburn University earning a degree in Building Science. He and his wife, Karen, have two children, Scott and Brittany, all graduates of Fairhope High School. Scott is married to Coley (Merritt) Boone. Kevin has two brothers and two sisters. 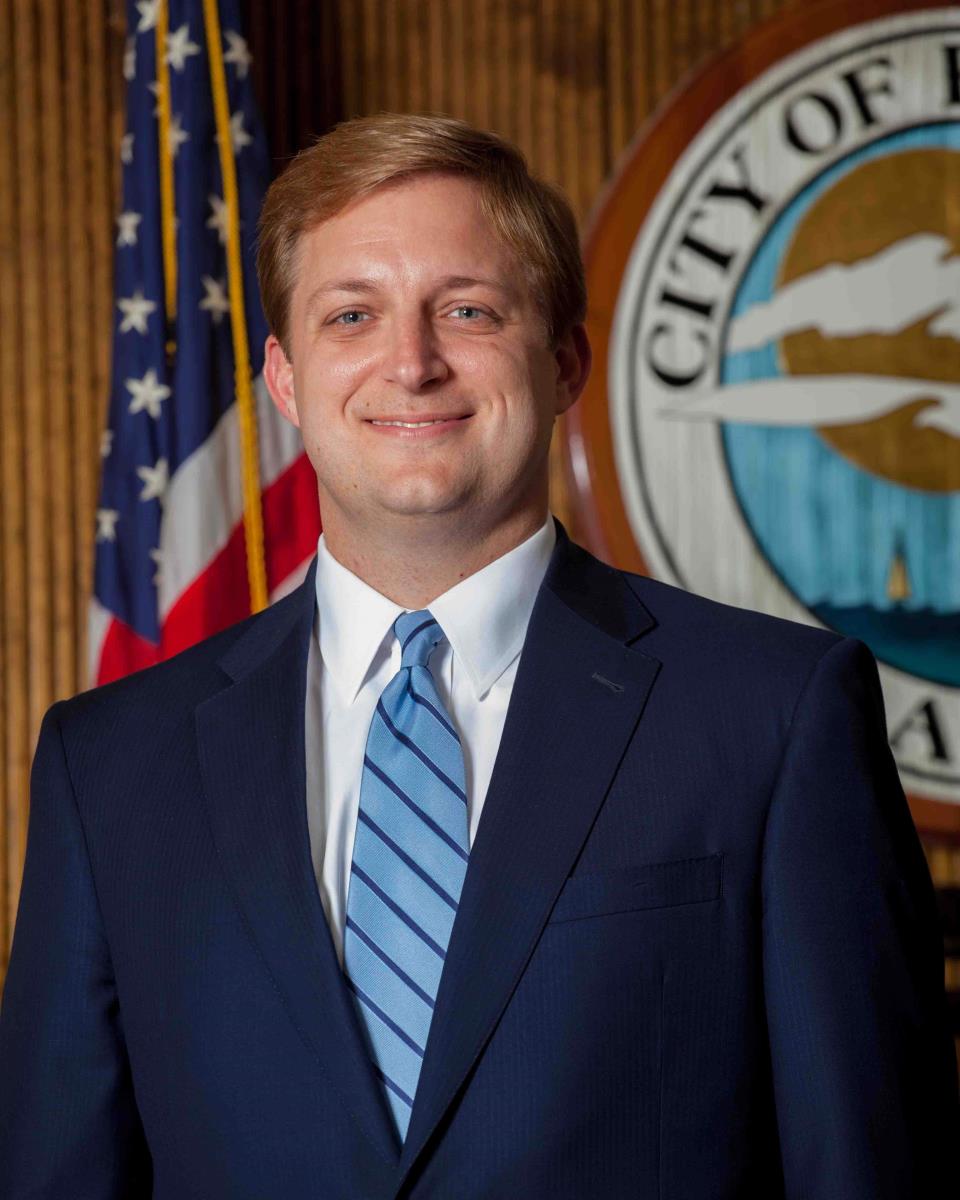 Jay Robinson is serving his first term on the City Council. Jay and his wife Alex, have two boys, Jay Nick (7) and Parks (3) who were both born in Fairhope and attend Fairhope public schools. Jay is an active volunteer in the Fairhope Community including Fairhope Youth Sports Programs, coaching Fairhope Baseball, Soccer and Basketball. Jay and his family are members of Fairhope United Methodist Church.  Jay is a member of Thomas Hospital’s Future Founders, serves on the City of Fairhope’s Planning and Zoning Commission and is an active member of the bay area’s legal community (serving on the Mobile Bar Executive Committee 2015 & Civil Practice Committee; Alabama Defense Lawyers Association -Membership Committee; Board of Directors – Young Lawyer’s section). Jay was born in Mobile and has a finance degree from the University of South Alabama. He received his Law degree from Cumberland School of Law at Samford University in Birmingham in 2006. Jay is a partner at the law firm of Frazer, Greene, Upchurch and Baker in Mobile. 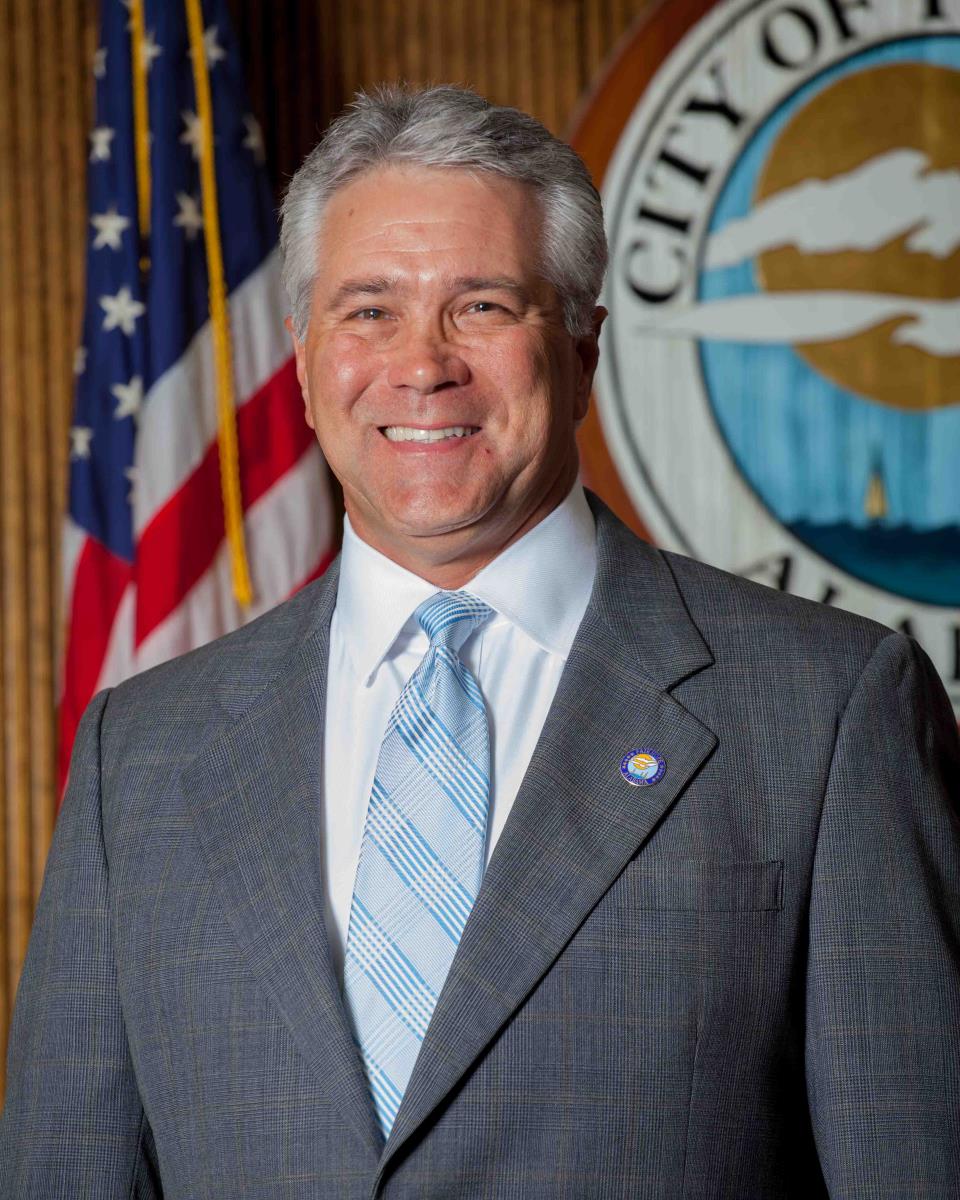 Jack Burrell. Councilman Jack Burrell is serving his second term in office, having served his first four years as President of the City Council. In less than four years, he also attained Advanced Certified Municipal Official designation by the Alabama League of Municipalities. Jack is the son of Shirley and the late Ode Burrell. His mother is a retired public school teacher having taught school for over 25 years. His late father also retired from a lengthy teaching and coaching career, following six years as a standout professional football player for the Houston Oilers. Councilman Burrell attributes much of his success to both of his parents as they taught him the meaning of “hard work” and to “always do your best."

Jack graduated from Vancleave High School (Vancleave, MS), where he was elected Senior Class President and “Most Likely to Succeed”, while lettering in football, baseball, basketball, and golf. Following high school, he attended Mississippi State University on a Shields Engineering Scholarship. Jack was a sprinter on MSU’s varsity track team, while earning a Bachelor of Science degree in Aerospace Engineering. He was elected to the MSU Engineering Student Hall of Fame in 1987.

Following college graduation, he worked his way up to a Lead Engineering position with Teledyne Brown Engineering, Huntsville, Alabama, where he worked on the Space Shuttle program for NASA. He currently serves in the role of Principal Aerospace Engineer for i3 Corporation, where he is responsible for various tasks for NASA, the Department of Defense and the U.S. Armed Forces. In addition to his duties with i3, Jack operates a successful small rental property business. 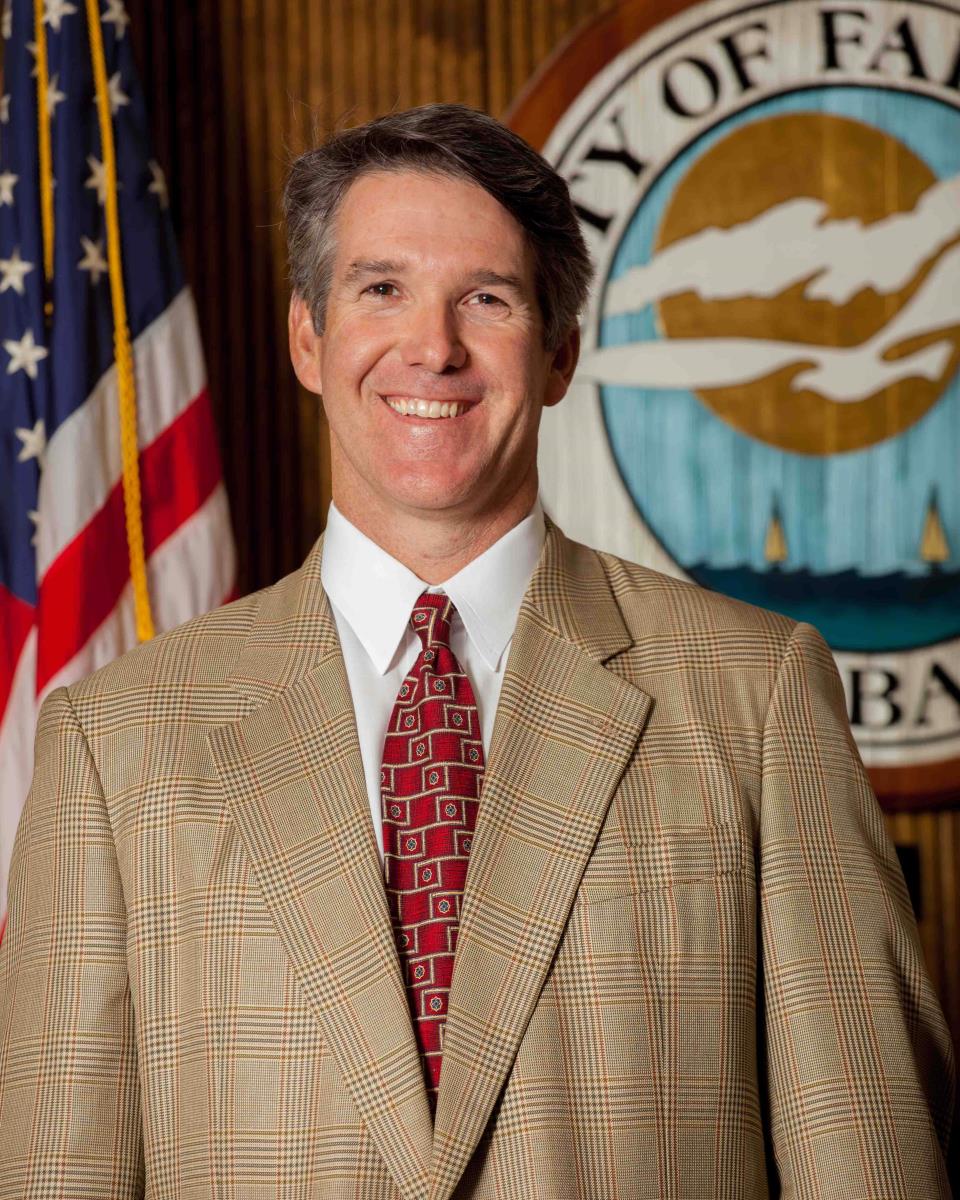 Robert Brown is now serving his first term on the Fairhope City Council. Robert is a Fairhope native and 1990 graduate of Fairhope High School. After graduation, Robert served in the U.S. Army, which included a combat deployment with the 1st Armored Division in Desert Storm.

Robert returned home and finished his studies at Auburn University earning a degree in Building Science in 1997.

Robert has been a partner in a small construction business in Fairhope for the last 18 years. Robert has served as past president of the Baldwin County Home Builders Association and is a current Senior Officer of the Home Builders Association of Alabama. Robert currently serves on the Eastern Shore Art Center and Fairhope Soccer Club Boards. Robert is married to Monteigne Self and they have 3 teenage children; Reid, Ellie and James. Robert and his family are members of Fairhope United Methodist Church. Robert is the youngest of the late Joe and Ellie Brown’s 6 children. Robert’s goal is to preserve Fairhope’s character and quality of life. “This is my hometown. I look forward to serving the people of Fairhope and will help lead in preserving Fairhope’s character and quality of life. This includes trying to achieve a unified vision of what the future of Fairhope will look like.” 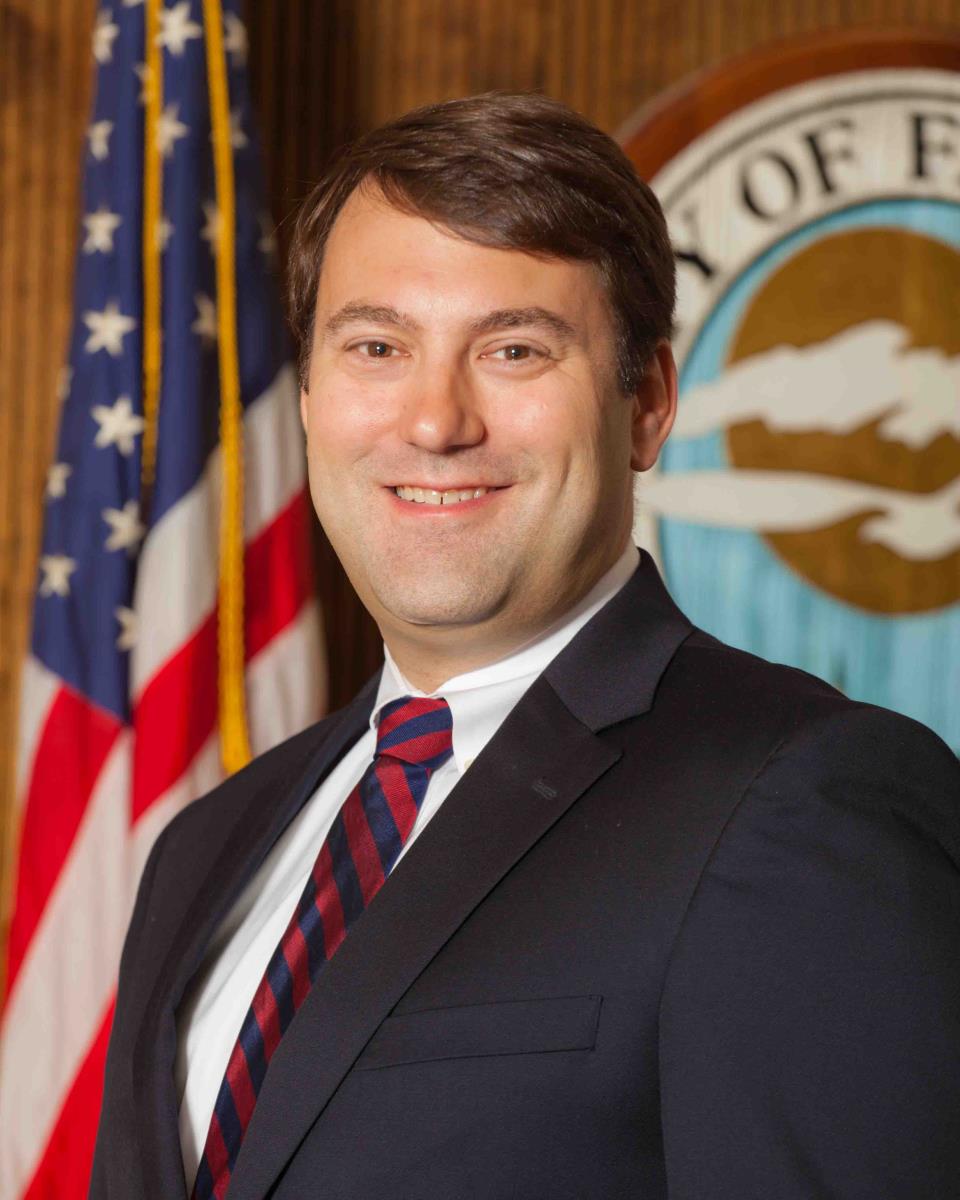 Jimmy Conyers is serving his first term on the Fairhope City Council. A native of Atlanta, GA, he attended Auburn University where he graduated in 2000 earning a Bachelor of Science in Business Administration with a focus in Management. While at Auburn he met his wife Ashley, a native of Fairhope. In 2003, after spending a few years in Atlanta, Jimmy and Ashley felt called to relocate to Fairhope. They have two daughters, Anna Bowler and Margaret. Jimmy is the oldest of three children, his parents Kay and Reid Conyers still live in Atlanta.  He has a brother in Nashville and a sister in Atlanta. Jimmy is a community banker by day, where he works for Merchants & Marine Bank as a regional manager for Baldwin County with the title of Vice President / Senior Business Banker, AL. In 2008 he earned a degree from the Graduate School of Banking at LSU.

An active member of St. James Episcopal Church, Jimmy is also a member of Eastern Shore Kiwanis Club, Gulf Shores Kiwanis Club, Vice Chair of Civic and Governmental Affairs and board member of Coastal Alabama Business Chamber. He has previously served as President of the Kiwanis Club and as President of Family Promise of Baldwin County. His wife and daughters are especially active in theatre and ballet. Jimmy ran for office to establish a foundation for the future built upon the four cornerstones of responsible growth, education, economy, and quality of life.